RON ratings and its effects: Are you wasting money on expensive petrol? 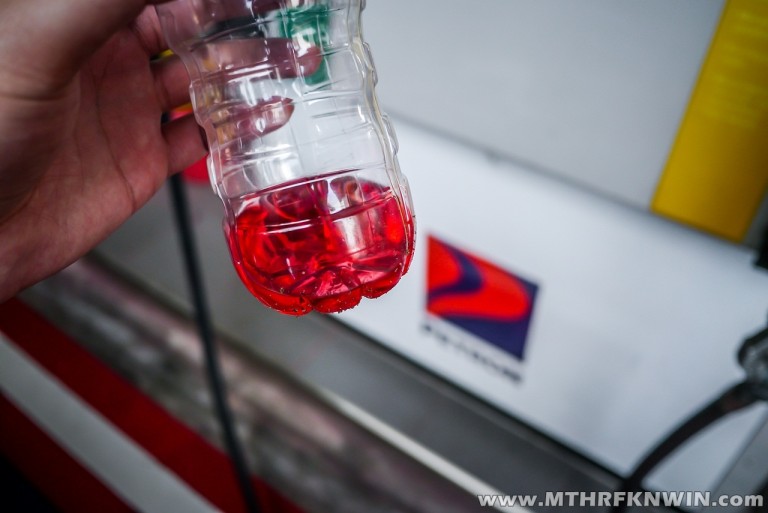 Fuel ranks as possibly one of the most important components for any vehicle to run, and with so many choices of petrol and diesel found at filling stations today, which one is the right fuel for your vehicle?
Our article today will focus solely on petrol combustion engines, and even something as simple as this can be confusing for some. What is your de-facto choice of fuel at the pumps? RON 95? RON 97? RON 100? V-Power Racing? In Malaysia, we use the RON (Research Octane Number) standard, and the number indicates the fuel’s resistance to knock. The higher the numbered rating, the better its resistance.
In simple terms, knock is the uncontrolled combustion of petrol within the cylinder. Contrary to the popular belief of many, the combustion inside an engine is highly controlled, rather than ‘just’ an explosive force. Therefore, higher quality (or more refined) petrol has a higher-octane number, such as RON 100. How petrol is changed between higher and lower octane ratings will not be covered in this article; perhaps in another post someday. 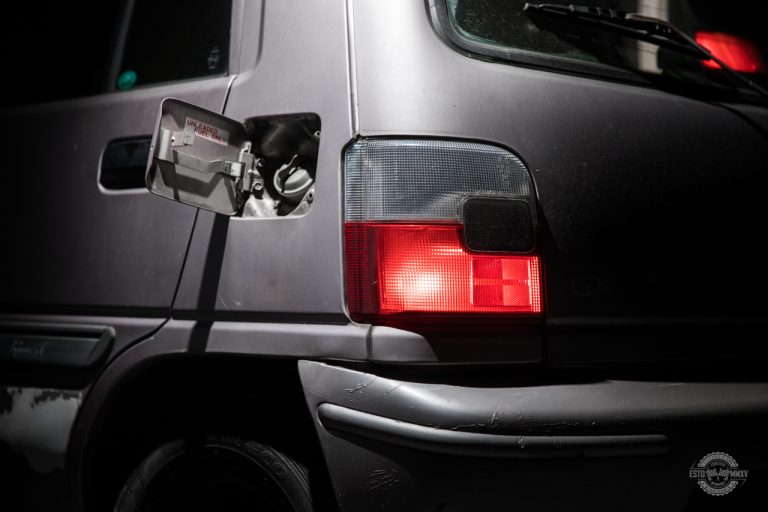 Let’s get to the point – do you need to run higher octane petrol such as RON 97 or RON 100?
First things first, we need to determine what vehicle you are driving. Different cars have different requirements and every manufacturer will define the type of petrol to use (usually found at the fuel cap area). Right off the bat, my advise is to stick with the manufacturer’s recommendation.
However, that would make for a terrible article, so I shall try to give some insight in to why and how the manufacturer decides on this specification, and why you should try to comply. I promise, this is all science and not just gut-feel.
Let’s focus on a regular car, something which the manufacturer says will run on RON 95 to RON 97 fuel. What happens when you fuel up with RON 95? Here’s the boring truth: nothing much. The engine will run perfectly fine on RON 95; it was designed to do this after all. Now, swap to RON 97 and what happens? Again, nothing. The engine will run fine. You now feel the need for more power and start to fill RON 100 into your tank. Once again, absolutely no problem, the engine runs perfectly fine.
Reality is, you can always run fuel with a higher-octane rating than specified for your vehicle. However, you should never fuel up with an octane rating that is below manufacturer recommendations as you risk causing expensive damage to your engine. Let’s use an example; 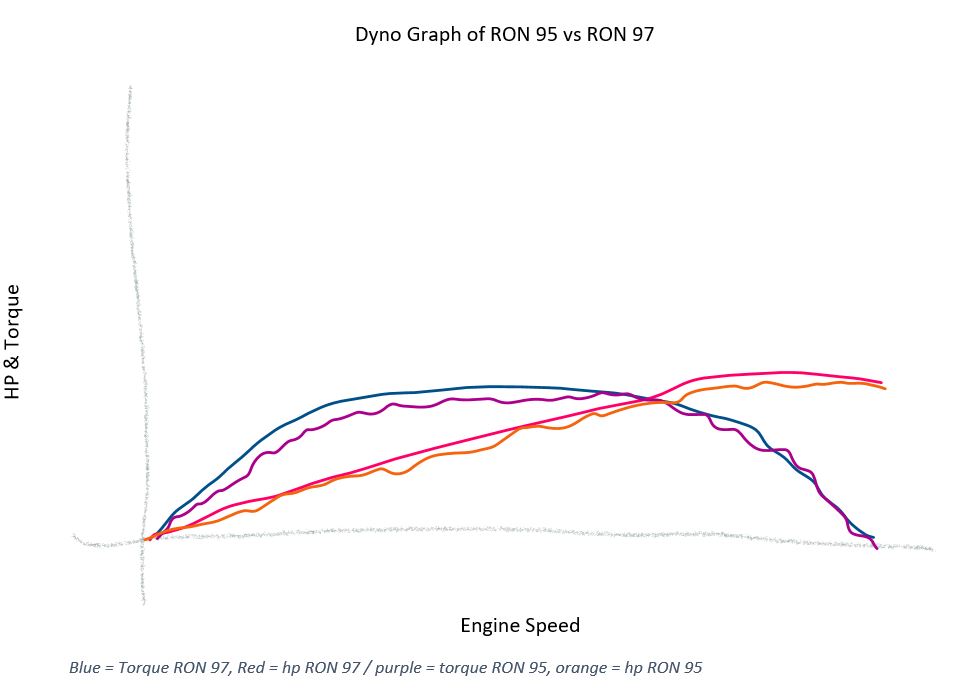 Say we have a normal engine with a manufacturer recommendation of RON 95 to RON 97. This means that the engine is optimized to use 95 and 97 octane fuels. What’s the difference, then? In the graph above, the blue line and the magenta line shows the engine running on RON 97 and the purple and orange lines show the engine running on RON 95.
I know what you’re asking – what is going on?
In the graph above, we can see that the difference between RON 95 and RON 97 is not much in terms of outright power. In fact, in many cases, it can be that RON 95 and RON 97 make the same peak power. There noticeable difference here is that the lines for RON 97 are smoother than that of RON 95. Therefore, when you are behind the wheel, the driver can get the sensation that the engine or car is running smoother.
The engine runs smoother because of the higher-octane rating, meaning there is less knock occurring, for which the engine must usually compensate. 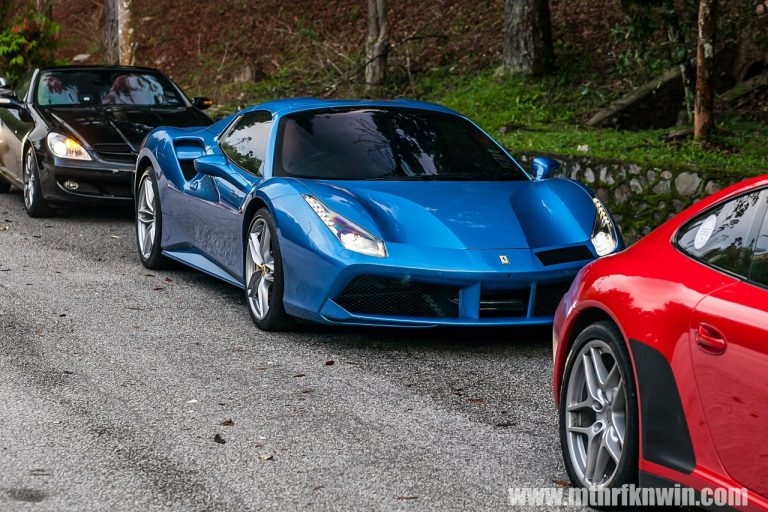 In very simple terms, an engine times very precisely when it ignites the fuel so that it runs at its best. This is called ignition timing. When there is more ignition timing, the result is better power. So why don’t we run loads all the time? Well, because the engine is limited by knock, which itself is determined by the fuel with which it is run.
Knock is very dangerous and can be hurtful for an engine and as such, the computer that controls the engine (ECU) adjusts the parameters so that the engine doesn’t knock more (or at least as much). This is normal to a certain extent, within the parameters of fuel octane ratings which a manufacturer recommends. The computers that control the engine have a certain range with which they can adjust the parameters to reduce or even eliminate the knock. This happens for a variety of reasons; such as inconsistent quality of fuel across the world, and environmental effects such as heat which can cause knock.
So for a car designed to run RON 95 to RON 97, the engineers will have to determine how much ignition timing they can run so that the engine can run safe from knock during development. This is then the graph you would see for RON 97. When you run RON 95, the computer which controls the engine will have to make some adjustments to ensure the engine is not damaged by large amounts of knock.
The computer however can only react and not pre-empt, therefore we have the jagged lines that we see in the graph when running RON 95 — because the computer is detecting knock and lessening the ignition timing to correct for this, so that the engine doesn’t get damaged. 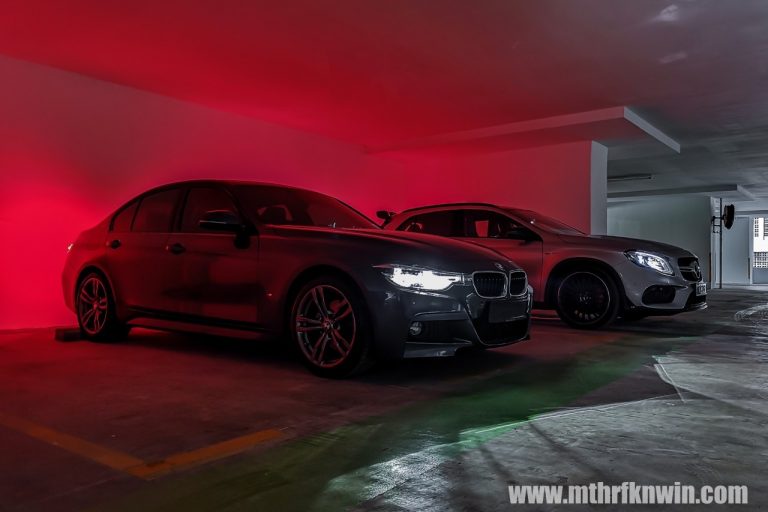 Finally, the engine doesn’t just stay on the value of less ignition timing because, as stated, it can only react. So once for a few engine cycles which it has not detected any knock then it returns the ignition timing to the normal value (the value for best efficiency and power) until it detects knock again. This is a continuous cycle, hence the jagged lines when running RON 95.
Moving to RON 100 fuel will make no difference above RON 97. In fact, there is a chance that filling up with the more expensive RON 100 in an engine that isn’t designed to use it, could potentially lose you more power! And yes, that is for another article altogether.
Why won’t RON 100 make more of a difference when compared to RON 97? This is because the engine was designed to run between the range of RON 95-97; it is already optimized when it is running on RON 97 and thus cannot improve further when you make the switch to RON 100. An ECU can only adjust to compensate when it detects something such as knock; it is a reactive system and does not know what octane fuel is being used.

For our readers who are from the generation of TLDR;