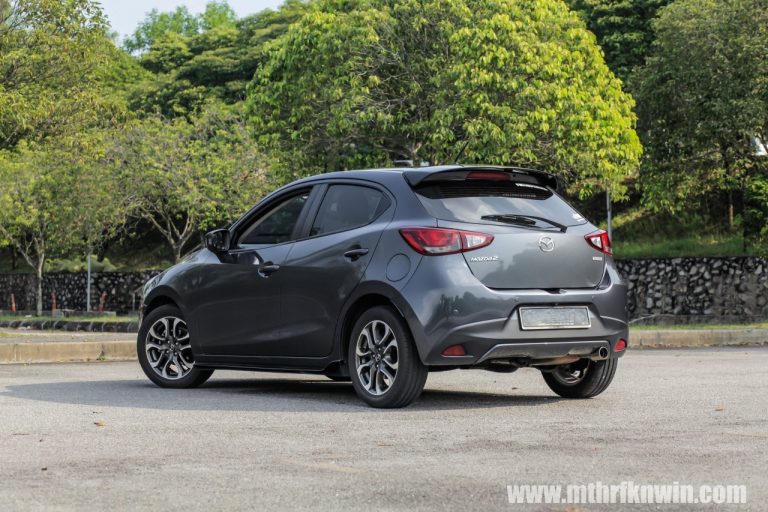 It was way back in 2015 when I was trying to decide on a car to purchase as a daily run-around. I was a fresh graduate, so only had several choices. My priorities for a car were reliability and low running costs, but also factored in handling, comfort, performance, fuel economy, design and practicality, in that order.
Naturally, this meant I had to exclude most Continental offerings as none could filter through my selection criteria. High on my list was the Perodua Myvi, as I’d driven one before, for two years. The humble Myvi defines pragmatic commuting in Malaysia; easy to park and manouver, it is a distilled utilitarian choice with space, great fuel economy, and cheap to insure, maintain and repair. At home, we also had a 2014 Honda Jazz GK 1.5L Spec E, but I did not enjoy the driver ergonomics so decided to disqualify that from my list. 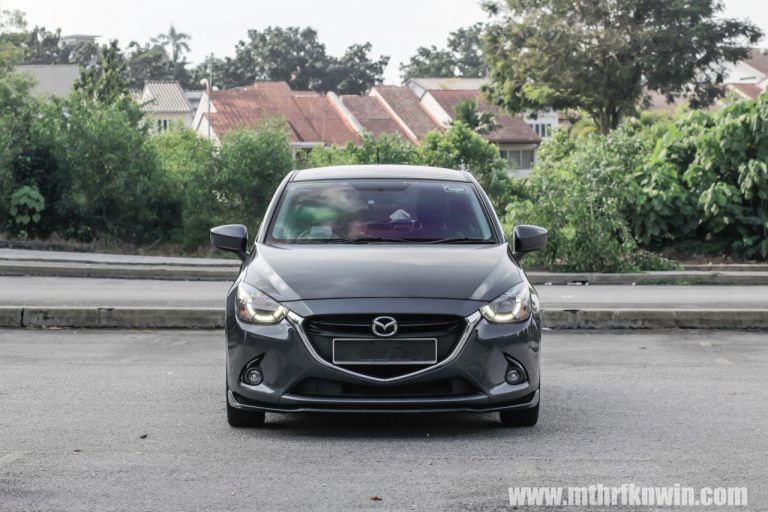 After consulting some friends in the motoring journalism fraternity, the Mazda 2 was highly recommended. All it took was one test drive, and the deed was done. Nearly four years on, my Mazda 2 Hatchback has clocked almost 90,000 km so I thought I’d share some of my ownership experiences.
But first, a little bit about my driving habits. I’m a very moderate driver — the sort of driver who sticks to the limits most of the times; never overtly heavy on throttle or brakes.
Wear & Tear
The Mazda 2 has a service interval of every 10,000 km, with the first run in service at 1,000 km. I have religiously serviced my car at every 10,000 km thereafter. When I purchased my car, it came with a 3 years warranty, with 60,000 km free service, which I have now exhausted. Included as part of the standard service is semi-synthetic oil, but owners have the option to go fully synthetic during the change, for an additional RM150.
For reference sake, my car’s seventh service (i.e. 70,000 km) was RM365 with fully synthetic oil. The eighth service (i.e. 80,000 km) came up to RM616 with fully synthetic oil and ATF fluid change. 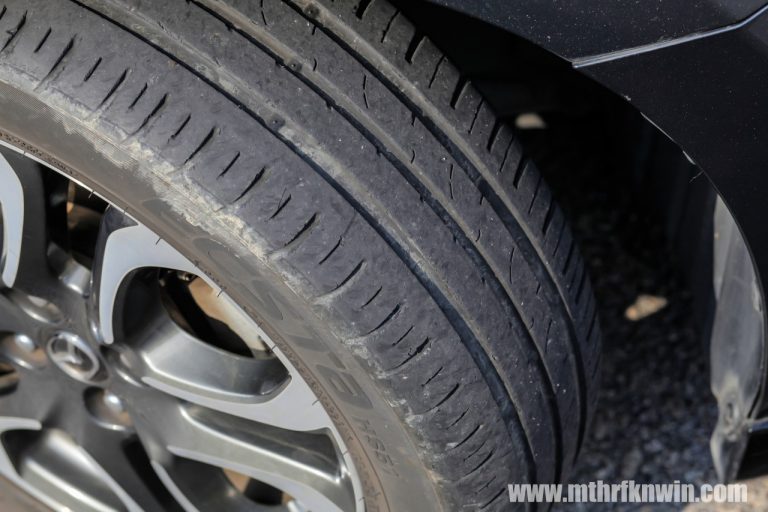 I have also changed from the first set of 185/60/16 Dunlop Enasave tyres (which were a bit of an odd size) to a set of 195/55/16 Kumho HS51 for the last 46,000 km. At the 75,000 km mark, the alternator had to be changed, at the cost of RM1,063. The alternator is expensive because of variable outputs; modern cars have high and low voltage circuits that run the electronics and electrics of the vehicle.
Remember I mentioned earlier I was a very moderate driver? Well, I currently have about 40% left on my brake pads.
Driving Economy
A full tank is 40L, usually of RON 95. On average, I manage about 570 km in combined driving. With extra care and very conscious driving, I have regularly achieved 600 km in full urban driving. This works out to about RM270 a month for 2,000 km — which I think is very decent. There are several more fuel efficiency based drivers who claimed to have managed 650 km from a single tank, but hyper miling isn’t my thing. 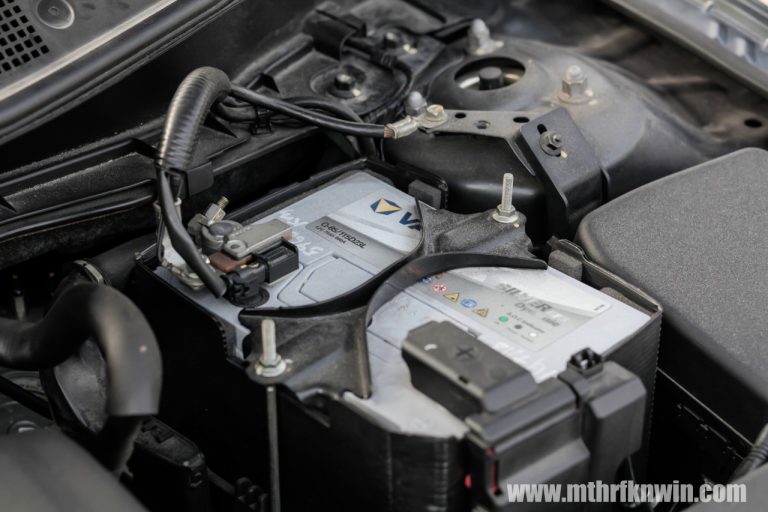 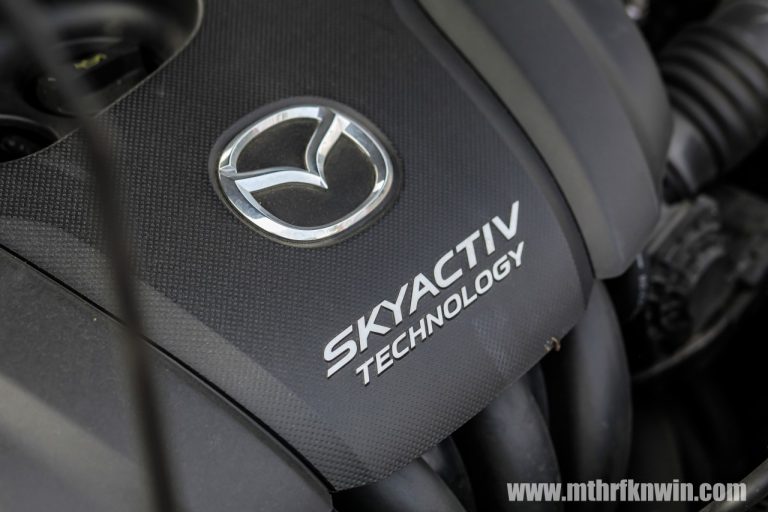 Problems encountered
Suspension noises developed after the first 25,000 km or so. Having encountered this problem before, I suspected it was from the car’s lower arm bushings or some sort of bush within the suspension system. I can only describe the sound as rattling over small, high frequency bumps; like a half empty pack of Tic Tacs getting a good shake. Also, suspension would “click” or “tak” when reversing over a bump or incline with steering angle on. Imagine this sound when going over speed bumps with a steep leading edge or reversing onto a driveway which has a bit of an incline.
I made my complaint to Bermaz on this more than a few times, and I must highly commend them for their efforts. To the customer’s end, a very extensive investigation was conducted for several owner’s vehicles which fit the selected criteria.
What are criteria? Stock rims, stock suspension and no other modifications to the cars. This is important because any modifications can change the loads being applied to the car’s suspension system, which in turn can accelerate wear and tear. Tuning the car for more power also adds stress on the brakes and suspension, putting you even further out of warranty coverage scope.
The owner’s manual and warranty conditions are clear – if you deviate from manufacturer recommendations, then it is likely you are voiding your warranty. This needs to be made very clear to all. After the warranty period however, it is a free for all, at your own risk. Personally, I feel that this is fair for the manufacturer to invest the resources in dealing with “genuine” possible design weaknesses for local driving conditions, should any be identified. 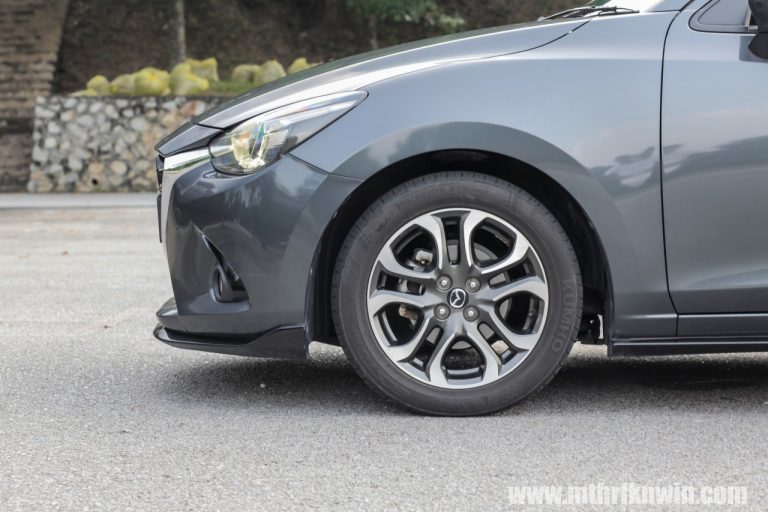 The problem was determined to be a top mount design and dust cover coming loose. The owner’s vehicles selected for this investigation had theirs replaced out of goodwill, but Mazda has also rectified this issue for all Mazda 2 vehicles sold from 2017.
At 86,000 km, my car had the same noises return – but I cannot blame the engineering design for this, not after my car has been subjected to tens of thousands of Malaysian potholed roads. The suspension specification; bushing durometers and elasticities are designed for driver enjoyment and comfort. If they were made any harder for longevity, this would likely compromise the overall package.
Several owners in the local Mazda 2 club have tried changing to polyurethane bushings, but also reported more nervous handling along with more road noise, which was expected.
How about the gearbox?
I’ve never believed in lifetime claim for gearbox fluids. I think this is part of a larger marketing spiel – the lifetime refers to the gearbox and not the lifetime of the car. And the lifetime of the gearbox is determined by distance covered and is also directly affected by environmental conditions, although we can estimate this to be roughly 150,000 km or so.
Gearbox manufacturers independently recommend replacing the ATF every 40,000 km or so in very hot conditions, and the chemical properties of the ATF changes over time when exposed to prolonged heat and moisture in our part of the world. Yes, the ATF is designed to compensate for the viscosity of the fluid changing over time, but only over a certain range. Beyond this, physics and chemistry dictate that it may cause irreparable damage to the gearbox, or at least this is the case in my educated opinion. 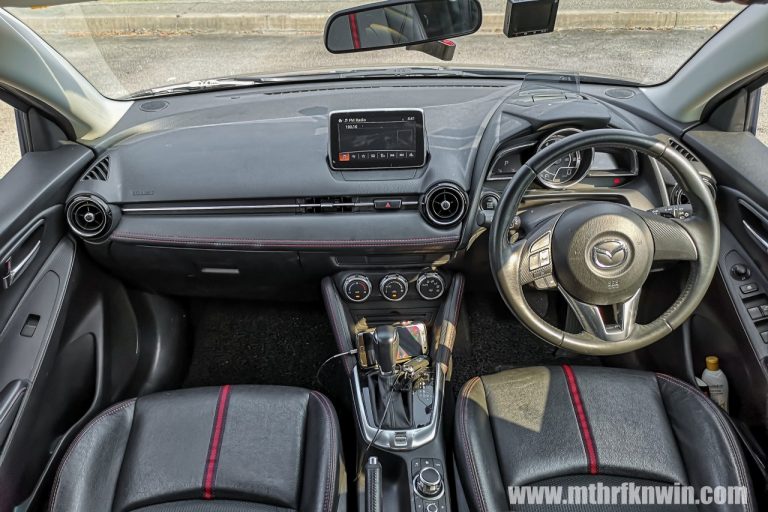 Mazda does not recommend changing the ATF as it is not directly prescribed in the owner’s manual. The service desk also does no encourage this, out of cost concerns for their customers. Unfortunately, there were a handful of cases where the automatic transmission failed completely, for cars around 50,000 km mileage. Symptoms included hard and sluggish shifting of gears, but also difficulty with pulling the gear level out of Park. Several other vehicles which faced this issue were sent in, co-ordinated by the owner’s club, for investigation.
Again, much to Bermaz’s credit, these customers were well taken care of, having the cars attended to under warranty. We were later informed that these handful of gearboxes were removed from customers cars, sealed, sent back to Japan for analysis and subsequent production runs were improved. Again, 2017 cars do not encounter this issue. Older cars which have their ATF changed electively are also less prone to this problem.
From an owner’s perspective, this isn’t something I’m personally worried about as I’ve changed my ATF at 50,000 km and 80,000 km respectively. Gear changes in my car are still sharp and crisp, but if I’m constantly stuck in crawling traffic, I would consider reducing my ATF changing intervals to 30,000 km for mechanical peace of mind. 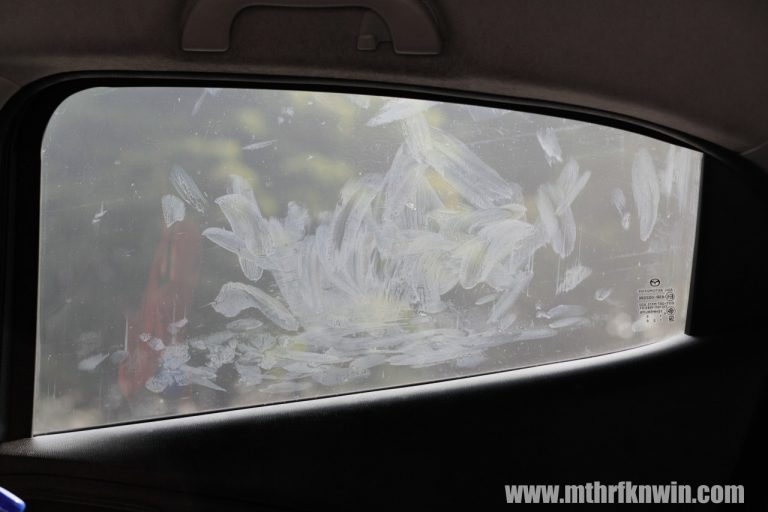 Any other issues?
Supposedly, the Mazda 2’s rear window motors are said to give problems over time, if opened and closed too frequently. For me, this is ridiculous because these things are designed to be opened and closed. If my experience with old cars accounts to anything, problems only appear if you don’t “exercise” the equipment often enough. This generally leads to seizing from grease drying up, or some plastic part breaking from overcoming stiction (static friction from not being moved for so long).
Luckily, this has not been the case for me. I take my German Shepard out for a drive most nights and this involves me putting the rear windows halfway down on both sides. The performance from both windows seem to remain strong, despite the additional drool on glass and rubbers which increases drag (but adds lubrication?). 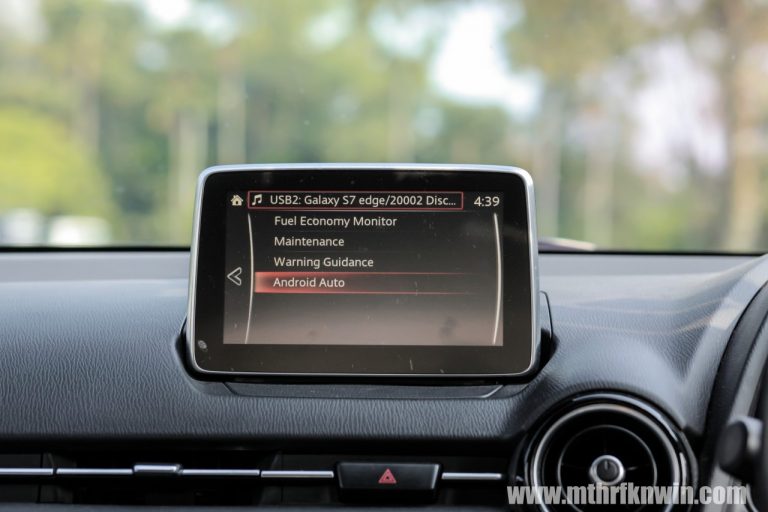 What about mods or upgrades?
Mazda Malaysia have now brought in Android Auto/Apple CarPlay upgrade – which costs about RM1,800 fitted. This allows you to connect your smartphone to the in-car screen to have Waze or Google Maps, Spotify and phone call interface. I think this is a worthy upgrade, which I can’t live without now.
And while this may not be endorsed by Mazda, or available as an official upgrade, I’ve also changed my halogen bulbs to LED ones. It requires a little tinkering before they will fit and work properly, but this single mod has transformed my driving confidence at night. The LED headlights have a far superior reach and defined beam area, so this is another must-have on my list.
I’m also keen to have some ICE done up – better speakers and subwoofer. The car’s stock sound system is decent but lacks punch on the low end. Since I spend a lot of time in the car, this is certainly something I’m keen to improve over time. Also considering sportier tyres, perhaps Michelin PS4 as they are harked as a great set of daily drivers with a sporty bias. That, or go the other direction with Continental CC6 for quietness and improved fuel economy. Oh, and maybe a full set of coilovers.
Yes, I can be confusing sometimes.