The last Sunday of the year always brings a crowd to the hills. Last weekend was no different as we ran into throngs of people who had similar intentions with stretching their “legs”. Although the weather threatened to pour the night before, the roads were surprisingly dry in the morning. And good weather is always a positive start, because we’ve seen and heard countless mishaps when the tarmac is damp or wet. Apart from just weather, it is critical to exercise some common sense when driving on public roads. Look, I’ll be the first to admit it — rarely do I keep to the speed limit(s) when I’m driving the hills on a Sunday morning. Maybe this is hypocritical, but I do restrain myself, ever so slightly, from overtly naughty behavior. Yes, I dial down on super aggressive driving and really put in thought before I make any overtaking maneuvers; blind corner overtaking is a big no-no for me. 2019 has been an interesting year for me, especially when it comes to Sunday drives. Over the course of this one year, I have spent maybe easily 30 or 40 Sundays at Gohtong for breakfast, occasionally with some friends, but mostly alone. So it is no surprise then, that I’ve also seen more than my fair share of accidents — either ones that I witness when passing by, or happening just in front of me. Listen, I get it, everyone is just trying to have a good time… but when the risks you may want to take comes at the expense of others, I have to ask if it was worth it. Hey, if you want to end up in the ditch with your car, alone, I have no issues with that. Just don’t take anyone else out as that drama unfolds, yeah? 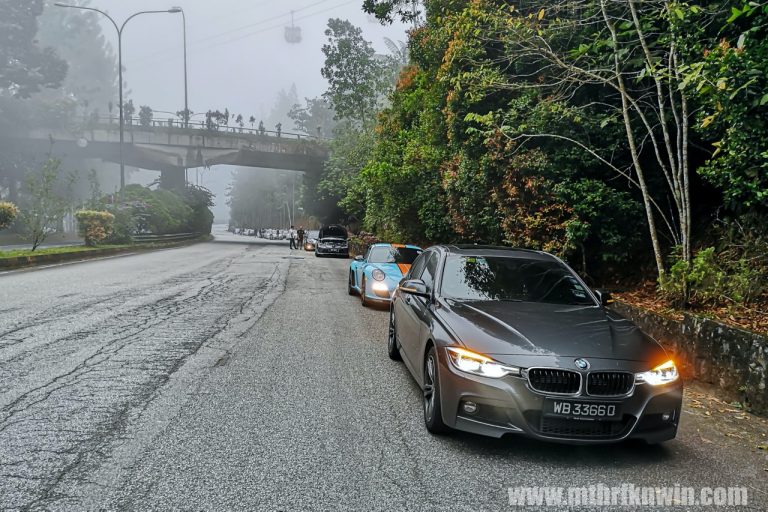 Some of our regular readers and followers may also have noticed we’ve been trying something new, by uploading our weekly Sunday drive footage up on YouTube. This has drawn some mixed responses: there is a small percentile of viewers (who have no doubt been ‘caught’ on camera) who frown upon this, while generally most do not have any strong opinion. Of course, there are also the few who do enjoy seeing their cars in action on camera, sometimes giving us the thumbs up and coming over for a chat when we stop. Truthfully, we’re not trying to offend anyone, but this sort of footage has been on YouTube for the last decade. If you want to do something stupid on a public road and if it is unfortunately caught on camera, then posted to YouTube… well, just deal with it. Why make the situation worse by forcing someone off the road, especially since you already know you’re being recorded? If you have any grouses, you’re welcome to reach out to us, either through comments, or contact us, or even engage us in a face-to-face conversation. We’re friendly people, honest. But if you really don’t want to be seen in public… then please, keep the car (and yourself) at home and stay there. To wrap it all up, we’re going to share some of our favourite drives from the year, along with some of the car spotting we’ve gotten into on our Sundays. Happy New Year folks, and cheers to a fantastic year ahead!
driving hoonigan joyofdriving Malaysia MTHRFKNWIN Sunday drive touge Ulu Yam uluyam